Children’s screen time has jumped 50% since 2020, with the average teen spending four hours a day on gadgets

During the pandemic, children’s daily screen time has skyrocketed by more than 50% — the equivalent of an extra hour and 20 minutes.

The lockdowns and school closures of early 2020, which affected more than 1.5 billion children worldwide, have upended their daily lives and systems of social interaction with their peers.

During the pandemic, children’s average daily screen use skyrocketed by 52%, an increase of 84 minutes from a baseline of 162 minutes per day.

Using digital devices is not inherently risky, but uncontrolled screen time can have long-term effects on a child’s physical and mental health. Too much screen time can lead to eye and body fatigue, sleep deprivation and cognitive impairment.

Excessive use of digital devices is also associated with decreased physical activity and increased obesity, as well as lower self-esteem and poor social skills.

The Covid pandemic sparked a wave of lockdowns in early spring aimed at slowing the spread of the virus, forcing school closures, shifting workplaces to remote platforms and the public isolating from their peers. 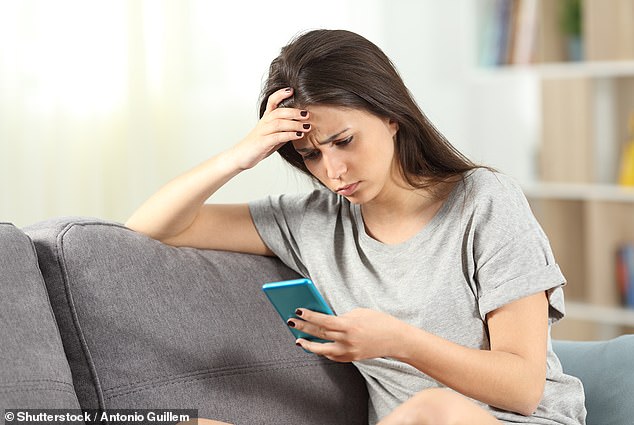 During the pandemic, average daily screen time increased 1.5-fold, from a baseline of 162 minutes per day to 246 minutes, with the most pronounced increases among children aged 12 to 18

The upheaval in society as a whole has driven people to use their devices more for work and educational purposes, as well as for comfort and to stay connected with others.

Researchers from the University of Calgary, the Children’s Hospital Research Institute of Alberta and University College Dublin collected screen usage data from 46 studies between January 2020 and March 5, 2022.

Too much screen time…what are the risks?

2018 data from an ongoing study by the National Institutes of Health (NIH) found that children who spent two hours a day on screens scored lower on tests of language and thinking.

Those who spent too much screen time showed premature thinning of the cortex, the outer layer of the brain that processes sensory information.

A 2013 study from the Harvard School of Public Health in Boston found that children who spend hours in front of screens are more likely to gain weight over their lifetimes because screen time can lead to poor eating habits.

Meanwhile, a 2004 study by Seattle Children’s Hospital and Regional Medical Center found that TV exposure in children aged 1 to 3 led to attention deficit problems at age 7.

A 2018 study by the University of Oxford showed that increased screen time caused children to get slightly less sleep per night.

There are also serious implications for children’s health.

Researchers at the University of Exeter found in 2009 that more TV watching was associated with lower self-worth and self-esteem.

It also reduces happiness, researchers at the University of British Columbia found in the same year.

“In response to this unprecedented disruption to normal living conditions, many children and families are likely to use digital devices to pass the time during the pandemic,” the researchers said.

“As a result, population levels of screen time among children and teens are expected to increase.”

Before the pandemic hit, children were spending about 160 minutes a day on digital devices. During the pandemic, average daily screen usage increased by 1.5 times.

Children ages 12 to 18 saw the greatest peaks in screen time, with an additional 110 minutes per day.

Average daily time spent on handheld devices such as PCs and smartphones increased by 46 minutes and 44 minutes, respectively.

The researchers blamed the sharp rise on the fact that most children in this age group have access to digital devices such as smartphones and PCs for use in and out of school.

“This finding is consistent with the observation that as devices become a core part of everyday life and interactions during the pandemic – for work, school, learning, socializing and entertainment, etc. – one in five reported Parents bought new devices for their children, mainly computers and handhelds,” the researchers said.

People in this age group already tend to spend a lot of their leisure time on screens where they maintain friendships and engage in social interactions.

When the Covid-19 pandemic took over and students of all ages suddenly had to attend school remotely, researchers believe it was natural for them to turn to online platforms to stay connected with their peers.

The increase in screen time may be a temporary side effect of the once-in-a-century epidemic, but the researchers warn that “persistent problematic screen habits may develop”.