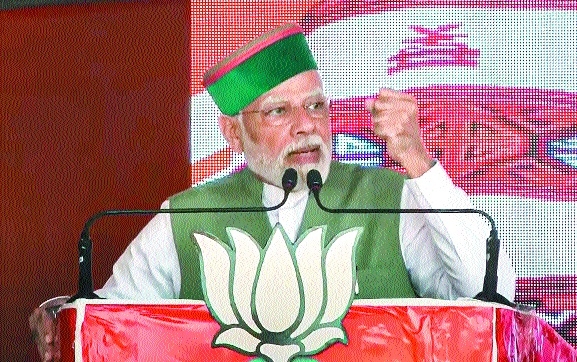 l Especially during the annual engagement with school students – Pariksha Pe Charcha (discussion on exams) – Prime Minister Mr Narendra Modi once asked thousands of students in the stadium (or auditorium) with a smile, Will they follow what he wants them to do. All the children said “yes” in deafening voices. Then Mr Modi laughed, wondering why the kids said “yes” when they didn’t know what he was asking. And then he said, actually, ‘since you said ‘yes’ and didn’t know what I was trying to say, let me say something important to you. I want you to stick to one thing every day – that is, you stay away from any technology or gadgets for at least an hour, during which time you don’t touch your phone, computer, TV, I-pad or any gadget During that hour, you will be talking to people in your home, tending the garden, reading, playing sports, eating, relaxing, chatting with nearby friends, playing with your pets, and playing games. Do whatever you want, but stay away from any technology or gadgets. This will give you your own time.

Again, the children responded loudly with “yes”, promising they would follow the Prime Minister’s advice. The importance of Mr Narendra Modi’s effort to get students to commit to staying away from technology or gadgets for at least an hour a day is enormous. Following his call, countless children kept their promises to the prime minister and began to stay away from technology or gadgets every day. Many other high-profile figures, such as iconic author, industrialist, and philanthropist Mrs. Sudha Narayana Murthy, have followed a more or less similar path, advising children to stay away from electronics for at least a portion of the day. In fact, Mrs Suda Murthy said in unequivocal language, children would help themselves, their families, society and the country if they made time for themselves without electronic devices. Inspirational speakers like Gaur Gopal Das, Gyanvatsal Swami, spiritual leader Sadhguru, Vidushi Jaya Kishoriji and many others also said the same thing over and over again.

This is so because all of them are aware of the dangers of an outright addiction to gadgets, especially smartphones, which everyone seems to have today. These greats realized the importance of staying away from any addiction. They tell young people countless stories to inspire them to break free from their addiction to gadgets like smartphones. On another level, however, the situation is quite different, as most families, teachers and elders do not seem to be aware of the dangers posed by addiction to technologies such as smartphones. Sure, some people will warn their kids not to become addicted to smartphones, but they are few and far between because what they say is tentative. Against this backdrop, the thinker has only one question: Why don’t we listen to what the Prime Minister and others have to say about being addicted to technology and gadgets?